An inclusive approach that's as unique as you are

A friendly dentist for Duluth, Georgia

Looking for a Duluth Dentist? Many people think that you need a different dental practitioner for general dental care, another for root canals, and yet another for porcelain veneers. At Hello Family Dental, our team members are trained and educated to address all your oral health needs in one convenient location. Age is just a number and we treat patients of all ages. Bring your entire family in for a cleaning and checkup. New patient specials are available.

Here are just a few of the services the amazing team at Hello Family Dental offers near Duluth, GA:

Duluth is located in Gwinnett County in northern Georgia. Forbes ranked it one of America’s “Best Places to Move” in 2009. It was originally Cherokee territory and was established as a city in the early 19th century. Today, more than 27,000 people live and work in the city of Duluth.

Sidewalks and bikeways connect all areas of the city, which makes it easy for residents to walk and bike easily. The culturally diverse community features easy access to downtown Atlanta but maintains a small-town vibe.

Helpful resources for our Duluth neighbors

Have questions for us? We're here to help!

Try us on us! Free Gift Certificate! 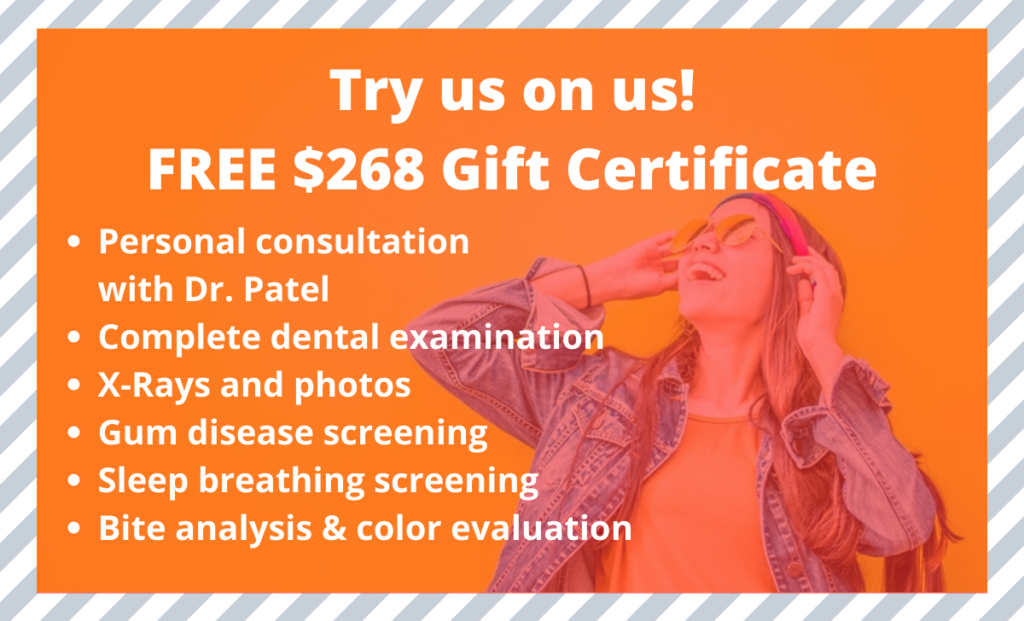 Hear from our patients!

Say HELLO to our amazing dentist!

Dr. Patel’s main focus is your comfort. His approach to your treatment starts with patiently listening to you. Then, after a complete and thorough examination, he reviews and discusses the diagnosis and treatment options with you.

We love seeing our patients smile in Suwanee